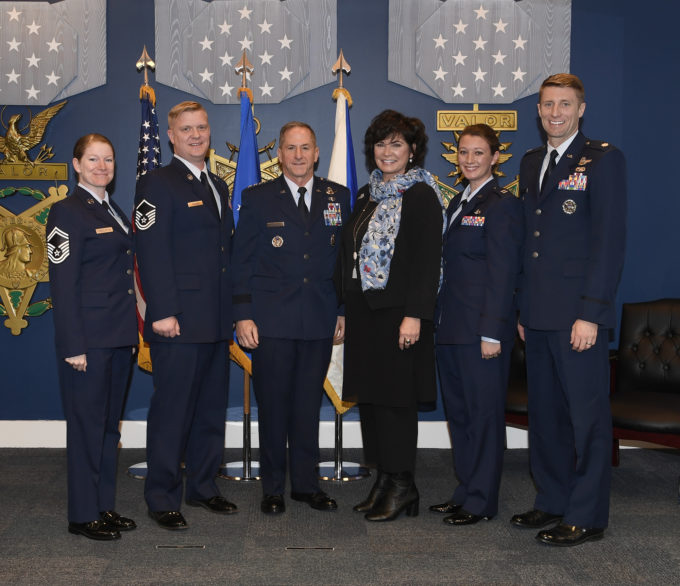 The award was named in honor of the first Air Force Academy graduate to receive the Medal of Honor for his bravery and courage while evading capture and during his subsequent captivity as a prisoner of war after being shot down over Vietnam Nov. 9, 1967.

“Each of our honorees have their own story. Their commonality is the highest quality of leadership in the performance of their duties and in the conduct of their lives,” Goldfein said. “Just like Capt. Lance Sijan.”

Click here to view a video related to the event.