Capt. Sijan’s sister Janine and his nephew, Caleb Lance Rozina, visit The Pentagon today to represent Lance and the Sijan family at the Air Force’s annual presentation of the Lance Sijan Award.

Created in 1981, The Sijan Award recognizes Airmen who have demonstrated the highest levels of leadership in the performance of their duties and in their personal lives.

Nominees are rated on their scope of responsibility, professional leadership, leadership image and community involvement. Since it’s creation, the Sijan Award has become one of the Air Force’s highest honors.

Sijan, an Air Force captain  and fighter pilot, died while a POW in Vietnam. Prior to his capture, the Air Force Academy graduate and posthumous Medal of Honor recipient evaded the North Vietnamese for six weeks after ejecting from his aircraft in November, 1967. 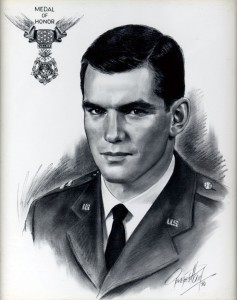